We live in a secular, democratic country is no news. Another, Non news that tags along is the unrest in which our country presently wallows.

The country men are unsatisfied, to an extent disappointed with the governance. The government unasserted and crippled! Doubts prevail upon us all.

But I as an Indian speak for the nation perhaps, and in a very feeble voice at that. That I am tired. I am tired Sir/Ma’am of: 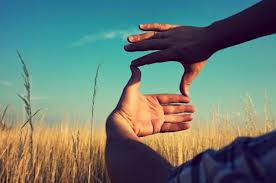 Ø  Waking up each morning to a newspaper with a cup of tea wherein, we count out (mind You not read), count out the number of rape cases the city endured every Yesterday.

Of the silence that is served to us for answers.

Ø  Of retorts to comments from each other by the politicians.

Who-said-in-reply-to-what-of-whose-comment is overplayed in leaps.

Ø  Of reading co-bloggers, social workers, columnists and so many others blaming the media of missing out telecasts on the pretext of inviting sheer criticism.

Of media personnel’s asking for answers every day and leaving us hungry for a revolution every single day!

Ø  Of the resilience with which cities get back after mishaps (read: attacks).

One threat of losing out on the job is all it takes.

Of the shamelessness, with which our country fails us every day.

Ø  Of the cocktail of contradictions in which every national tragedy/mishap wades after it is telecasted.

A recent one being, The Bihar mid day meal tragedy.

Ø  Am also tired of Sir Kejriwal and Anna exposing to us our own frailties, the naked truth of our own in capabilities, of failing to choose for ourselves better leaders, even in a democratic country.

Ø  Am tired, also of having one of the greatest economist of our times as the Prime- Minister of a country of which the financial condition is in shambles.

Of the falling Rupee. Of the rising inflation.

Ø  Of opinions and speculations, of glasses clinking on little accomplishments and  crashing on trivial defeats.

Ø  Of watching my comrades fighting for “love” on national television. And another section plundering innocent girls and harming them in the most intimate way possible and not stopping at killing either. All in the name of lust.

Lust too isn’t that gruesome. It is not.

Am tired of feeding compassion to invading insecurities.  Of the smell of asinine evil in excuses of short comings. Of reasons and excuses. And of short lived smiles and happiness. Of spurious eyes and sapient advices. Of the pressures of tomorrows and the past’s pressing sorrows!

I for one, am tired of these breaks too! Not that I want everything to come to a stop altogether. But I need a break. A deep breath. A fresh one. A real one.

Back in school days, Mum would, if we’d ever get stuck with a complicated equation, make us go out for some refreshment. And more often than not after having roamed about a little, we would be able to solve it.

Am only asking for a break to help pool in some energy. A refreshing perspective, might just help. One can hope!